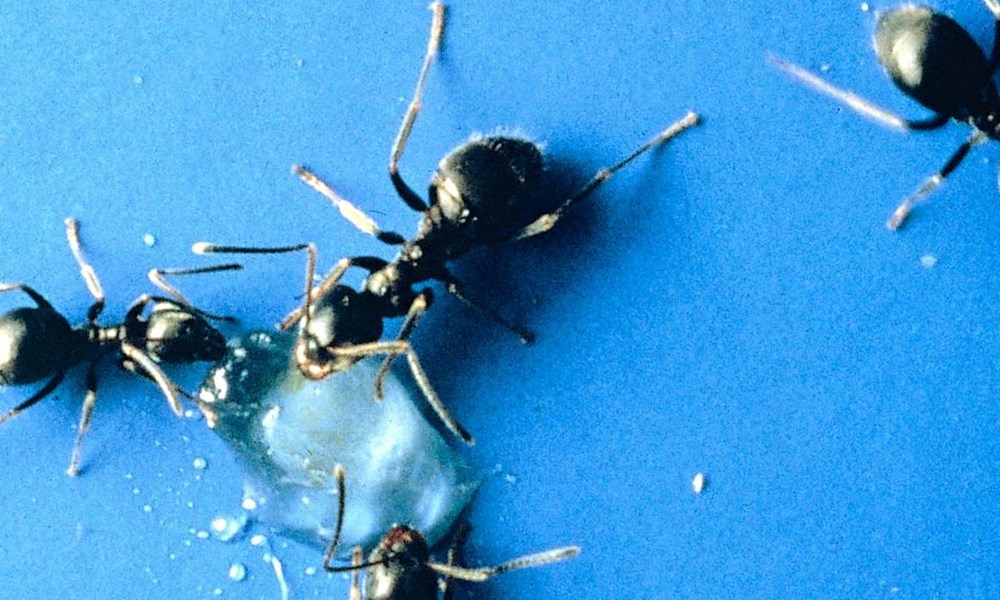 Ants live in permanent nests which may be in the soil, in timber, under pavers, in wall cavities or roof voids. They may travel considerable distances for food - if it can possibly be considered food, there will be a species of ant that will want to take it back to its nest.


Get a quote for ant control

Not all ants are pests

Ants are social insects, living in small colonies that contain few hundreds individuals or large colonies that contain few thousands of individuals. Their members are divided into a clearly defined caste system or division of labour, including queen, male, winged reproductive (alate), worker, larva, and pupa. Alates leave their parental nest to mate during swarming. After mating, they find a suitable area to establish their new colonies, detach their wings, and eventually turn into queens. Queens only mate once in their lifetime and continue to produce offspring until they die. Often, an ant colony has more than one queen. Males have only one task, which is to inseminate the queens and die shortly thereafter. Once mated, the queens find a suitable area to establish a new colony and begin to lay their eggs. Eggs hatch into larvae and the latter moult several times before becoming pupae. The first batch of immature is cared by the queens, while future batches are tended by the workers. Apart from tending the queens and young, workers are also responsible for defending the colony and foraging for food.

Ants are just considered as nuisance pests as they do not pose significant threat to human’s health since they are not vectors of diseases.

Get a quote for ant control

Pest-Pro is an Anticimex company, one of the largest pest control companies in the world.